Exercise is a waste of time? 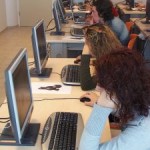 Did you read the news?

A few days ago CBS broke the story on a new and shocking journal article. Naturally they only told half the story. To save your life (literally) I’ll tell you the half they left off.

First: I have some big news:

He does a yearly promo for the book in July (the 7th month… go figure!) as a bit of help for my readers who want the books and the 6 videos that come with it (online) but need a break on the price.

The page with the discount is here: 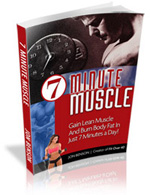 Headline:
“Sitting At Work Ruins Any Benefits Of Workouts”

Sub-headline:
“Risk of death not decreased if you work out but
SIT for 6 hours a day or more, researchers say”

There’s a kernel of truth to this… but a lot of falsehood.

Researchers reported their findings of a 14-year male and female-based study on exercise, sitting down while working or watching TV for more than 6 hours a day, and mortality rates in the American Journal of Epidemiology.

The study was long, detailed, and rather shocking to say the least as far as the results go:

Exercising the way most people exercise did
NOTHING to prevent early death from heart
disease if individuals sit for more than 6 hours
per day.

And most Americans sit for about 11 hours… yikes.

So, throw away your workout gear and toss your gym membership in the garbage if you have a desk job… right? Not so fast. Here’s the part the news folks failed to cover:

This research never took into account NUTRITION
or workout plans less than 24.5 MET-hours per week.

The first bit you know all about: Nutrition.

If you read Jon’s newsletters, you know how to eat… but 90% of the people involved in this study probably did not. It’s highly (in fact, dangerously) doubtful that they were…

1. Eating low-starch meals at least 3-4 days per week;
2. Consuming healthy sources of lean protein at each meal;
3. Consuming healthy fats;
4. And using sugars and starchy carbs only at specific times
as Jon teaches in “The Every Other Day Diet.”

The study only briefly mentions that the subjects ate a “normal diet”… and that could mean anything. Let me make this clear:

Exercise ONLY works if you have a dietplan that works.

So if you are NOT eating correctly, then yeah… toss the gym membership in the garbage. It will do you little if any good except help you blow off some steam. However, there’s another VERY important part this study missed. This part:

What the heck does that mean?

“MET” stands for Metabolic Equivalent of Task. This is the energy and oxygen required by the body in the form of exercise to do a specific task as compared to the body at rest.

The body at rest has an MET of 1, roughly speaking.

The exercise performed by the study group was your typical 5-6 day per week bout of running or perhaps some other form of cardio. Weight training? Sure, the old way… with an MET of 4 (i.e. lift, rest, chat on the phone, lift… repeat.)

Now, are you ready for this?

Jon’s style of training, “7 Minute Body”-style, Phase 2 to be specific, has an MET of about 12. TWELVE. And that is two 7-minute bouts, totaling 14 minutes flat in the gym (or at home.) This is done 4 days per week.
He simply follows that by either GXP cardio and brisk walking at least 5 days per week. The walking takes about 50 minutes; the GXP only 9. That’s IT… and he is a fitness guy… you know, magazines… photo shoots… competitions? Yeah. That kind of fitness guy!

The funny thing is that ANYONE using Phase 2 (and there are grandmothers using it) will have the same MET ranking.

This is WELL over and above the average person who is working out LONGER, but not SMARTER.

That’s the key behind the 7MB and 7MM Systems… SMART training, but BRIEF training for maximum muscle shape and definition. And, if Jon’s health is any indication, the program solves the sitting problem nicely.

He told me he sits at least 12 hours a day. He works at a computer (all sitting) and relaxes at night (usually sitting). But his intense workouts solve the problem sitting causes… and his nutrition plan takes care of the rest. So now you can do the same… and this week only (the next 7 days) you can do it for 61% off.
Just go here:

http://www.7minutemuscle.com/go/trimbelly/halfoff <---click-here It's the SMART way to train... and also the healthy way. P.S. Please do not think that this article is insulting to the average workout enthusiast; not at all. Most people simply don't have the latest data on brevity and density training that Jon covers in 7 Minute Body (also called 7 Minute Muscle.) Now you can have it at 61% off... the counter is on this page: http://www.7minutemuscle.com/go/trimbelly/halfoff <---click-here